Beyond Saudi Attacks: 4 Other Oil, Gasoline & Diesel Price Factors to Fear in 2020

Much of the oil, gasoline and diesel price direction in 2020 markets may be determined by whether the Middle East calms down into modern stasis, or is routinely subject to drones flying, missile assessments and damage to oil infrastructure.

Revelation of that path will be readily available in headlines. But even ignoring the powder keg that is currently the Persian Gulf, OPIS believes that – more so than any decade in this century – the period between 2020 and 2029 promises to bring greater disruption than fuel markets have witnessed since the 1970s and the Arab Oil Embargo.

That prediction is not necessarily based on the substitution of electrons as the fuel of choice that may displace hydrocarbons or biofuels. There will be global nooks and crannies where electric vehicles replace the internal combustion engine, but abandonment of traditional fuels may come in fits and starts until after 2030.

OPIS zeroed in on four factors that will be paramount in the fate of oil,  gasoline and diesel markets in 2020 and beyond. One, IMO 2020 arrives with plenty of advance warning, but another (Tier III gasoline specifications) will debut with little preliminary ink about potential impacts.

And of course, these factors will occur against the backdrop of U.S. crude and natural gas production that leaves the rest of the world in the dust. If prices for these hydrocarbons do not collapse, the United States could rival Saudi Arabia as the largest exporter of crude in the early portion of the next decade. It is almost certain that this country’s volumetric lead in production versus the Saudis and the Russians will be greater than what total U.S. output was as recently as 2011.

Here are the four factors that merit the greatest attention as time marches on and the roaring twenties of another century loom. 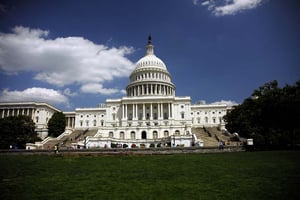 Whether you are fan or foe of the Trump administration, you’ll recognize that the president’s form of 21st century populism regards high retail fuel prices as a “third rail” of American politics. More than a dozen presidential tweets have directly or indirectly referenced the price of oil, or the street price of gasoline. Indeed, many of the president’s most passionate supporters live in rural or suburban areas in red or battleground states. Those voters often must devote a larger percentage of income to transportation than what is typically required in suburban or metropolitan areas in blue states.

Observers of the president believe that his administration recognizes a danger zone when global crude oil prices approach the $75-$80/bbl range. Those prices may seem a great distance away, but more than 90 days of the Trump presidency have seen Brent crude settle above $75/bbl.

Similarly, the presidential rhetoric tends to get louder when retail gasoline prices in the battleground states approach or surpass $3/gallon. The Trump administration has authorized some sales out of the Strategic Petroleum Reserve when there was any hint of a possible spike.

Like politics, all gasoline costs tend to resonate locally, so the most critical battleground states to watch may be Michigan and Pennsylvania. Both of those states saw retail prices creep above $3/gal in 2018, and Pennsylvania spent many days above that mark in 2019 as well. Conversely, Florida has not witnessed $3/gal or higher gas averages at any point of Trump’s incumbency and fuel prices in Ohio and Wisconsin have remained relatively cheap as well.

The most significant executive branch decision that will impact oil and gasoline prices in the next decade, however, involves a battle of acronyms. Under the aegis of the Trump administration, the EPA and Department of Transportation jointly issued the Safer Affordable Fuel-Efficient Vehicle Rule, known as SAFE. It would freeze fuel economy standards for light vehicles after model year 2020. The SAFE standards are likely to be contested in court by California and more than 20 other states that prefer retaining the Obama administration’s Corporate Average Fuel Economy standards. Those standards would raise fuel economy standards through 2025.

On Sept. 18, the EPA set the stage for many billable hours for regulatory attorneys. It said it would seek to provide one nationwide standard for fuel and emissions, setting up a battle that may take years for closure.

The ability to remove sulfur from petroleum molecules is an uneven capability among the 150 or so U.S. refineries. Complex refiners will be able to deal with the change, but simple refineries may have incredible challenges. Very light and very sweet crude oil blends may be the preferred feedstock for processors that don’t have sophisticated desulfurization equipment.

This is perhaps the most significant fuel specification change since lead was removed from gasoline. Ultra-low-sulfur diesel and IMO-compliant diesel may head to tidal waters where ships may pay well over the price of crude for these fuels. Precisely how much diesel (and European gasoil) will fetch over crude prices is a point of contention. Estimates range from the present diesel “crack” of about $18/bbl to $40/bbl or more above the price of Brent crude.

Within coastal refineries, there may be an allure to sell vacuum gasoil to ocean-going vessels. Normally, vacuum gasoil goes to fluid catcrackers (FCCs), where the feedstock is converted into gasoline and road diesel. If significant amounts of this gasoil bypass other equipment in the refinery, it could substantially cut down on the amount of overall gasoline produced. For this reason, some analysts believe that gasoline will not trade at some of the razor-thin or depressed margins that refineries have witnessed in the last four winters. 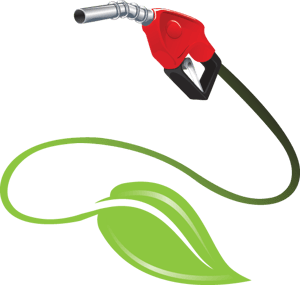 Thousands of pages of analysis and possible scenarios have been written about IMO 2020, but gasoline refiners and marketers have scarcely mentioned Tier III gasoline regulations. The Tier III regulations require that refiners average no more than 10 parts per million sulfur in various blends next year.

A few refiners cited the issue in second-quarter earnings comments and, indeed, processors have had six years to get the sulfur out of the fuel. Meanwhile, data from the Environmental Protection Agency suggests that the effort to slim sulfur content down to 10 ppm has stalled. EPA released an assessment for 2018 sulfur composition in June and it showed an average annual sulfur level in the U.S. of 21 parts per million.

Marketers won’t have to deal with multiple blends of gasoline by sulfur, but a non-compliant refiner or blender needs to average 10 ppm average next year. The only alternative is to buy sulfur credits, which looks like a very expensive proposition.

Some of the methods used to desulfurize gasoline result in a side reaction that turns olefins into alkanes. That sounds like an “inside baseball” reference, but olefins are great for octane while alkanes are horrible for octane.

4. Ethanol Markets: The Future of E15

On June 10, 2019, the EPA published a final rule that permitted the year-round sale of E15, ostensibly removing the barrier that prevented the sale of that 15% ethanol blend for most of the driving season.

Enter the lawyers and the lobbyists, including a formidable court challenge from the American Fuel and Petrochemical Manufacturers (AFPM) that could haunt summer sales of E15 in the next decade.

As driving season wound down, there was little additional traction for the fuel, despite economics that remained promising for E15 blenders even as the price of Renewable Identification Numbers (RINs) tumbled to multi-year lows. The blend was regularly featured by independent marketers such as Casey’s, Gate, Kum & Go, Murphy USA and Sheetz, but avoidance was the standard among marketers who fly major flags.

Forward numbers imply that ethanol will be more than 30cts/gal cheaper in calendar 2020 than gasoline, although futures markets are notoriously poor at predicting future prices. Given contract restrictions for branded contracts, it might take a substantially wider cost differential to motivate additional enthusiasm for higher-ethanol blends.

Stay on top of the market’s volatility as the situation in the Middle East unfolds.

Updates on COVID-19 in Rhode Island from the Governor and RIDOH March 15, 2020

Looking for total come comfort service you can count on?